Our last full day in South Dakota was packed with activity but not as previously planned. This should have been the visit to the Wind Caves. After visiting Jewel Cave we decided to check out something other than another cave even though the Wind Caves are supposed to be more famous than Jewel Cave.

We headed into Hot Springs, South Dakota to the Mammoth Dig site. One of the longest drives from camp it took about an hour to get there. 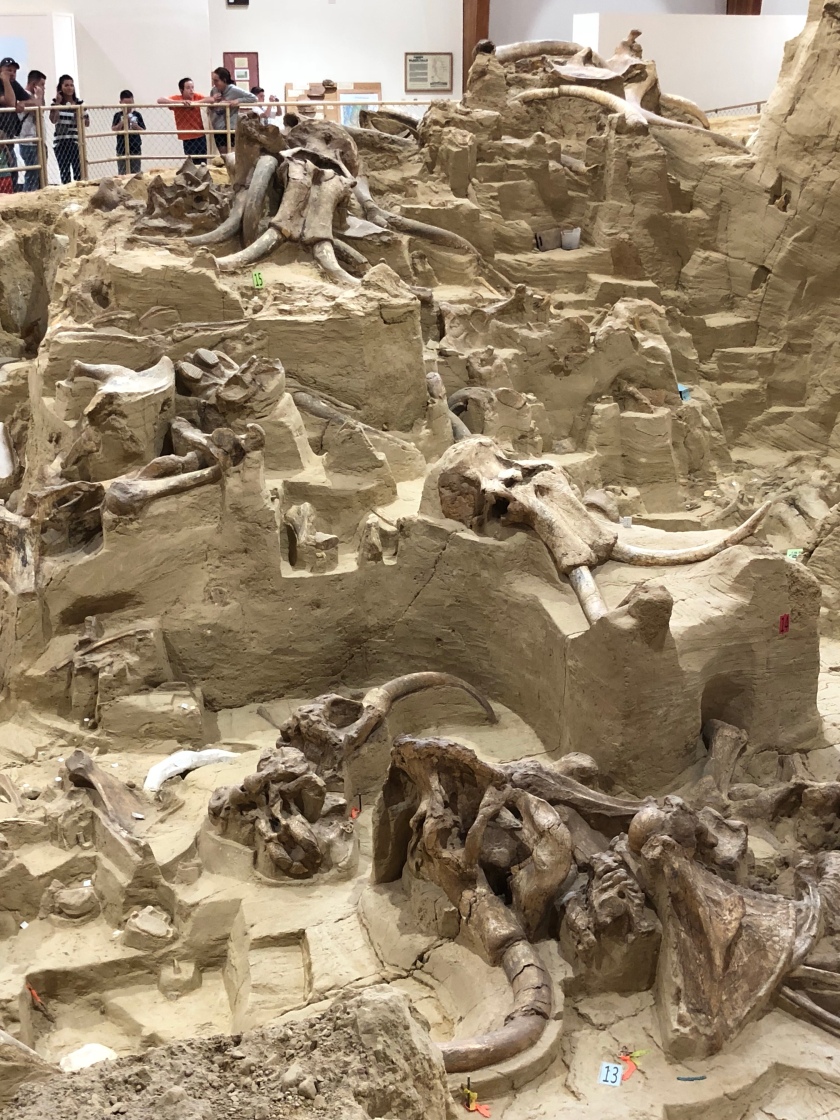 The Mammoth Dig site is famous because it contains the largest collection of Mammoth fossils in the world. The Dig site which has been recently enclosed by a structure for conservation is a very special story in the history books. A sinkhole found in the late 70’s by a developer (excavating for a new housing project) formed a long time ago and attracted many animals in the area because it held water! The edge of the sinkhole had a very slippery type of mineral and when animals would approach the hole for a drink they fell in unable to back out due to the slippery mineral. Unable to escape the sinkhole many animals died and were preserved in the mud and other mineral layers over thousands of years. This sinkhole also holds one of the very few longnose bear fossils found around the world.

Next stop was the famous Evans Plunge indoor hot springs water park and pool! This pool has naturally heated water from the hot springs. It was a nice break from the sun, although I expected the water to be warmer than it actually was.

About 4:00 we headed back to camp hoping to get in some last night paddle boarding and fishing. We expected to be back about 5:00.

What we did not expect was to be set way behind schedule because of Buffalo traffic! There was s good mile stretch in our journey back to camp that apparently went through herds of buffalo families. They could care less that cars were on the road!

We managed to get back early enough to get in a paddle and fishing and enjoy our last evening at camp.

The next morning we packed up and headed home!

Our drive home was uneventful. No traffic until we hit Colorado then our drive time doubled. We made it back to Littleton about 6pm about a 7 1/2 hour drive. Not too bad. We kept all our wheels, had a great trip and made lots of memories!

Please visit my bio at CSellsDenver.com View all posts by livelovelittleton